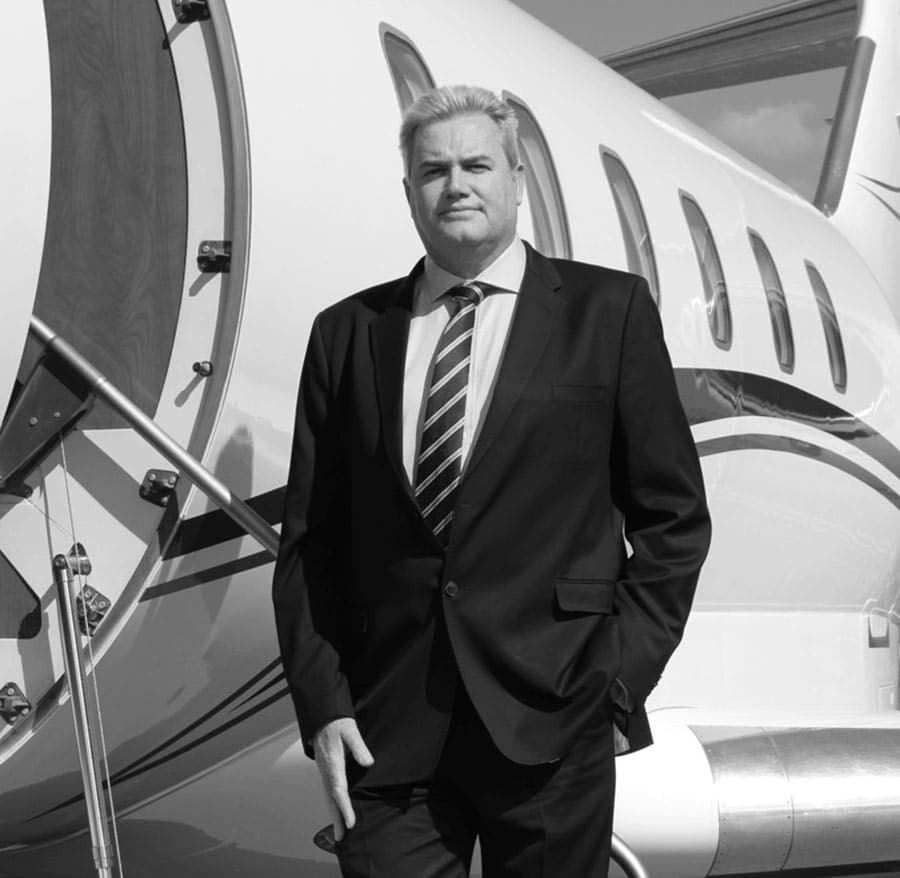 Gavin Kiggen is an experienced industry professional with over 29 years? experience in aviation.

In 1989, after completing his military service, Gavin studied as an aircraft engineer at South African Airways. After qualifying and spending a few years honing his skills, he continued his studies to become a flight engineer, working on aircraft such as Boeing 747?s and Boeing 727?s worldwide, whilst pursuing his pilot?s licence. Gavin flew for many of South Africa?s major commercial airlines such as British Airways/Comair, Safair and Nationwide Airlines, between 1999 and 2008. It was at Nationwide Airlines where Gavin gave instruction and redirected his career into flight operations.

In 2008, Gavin joined ExecuJet?s Flight Operations Department as Aviation Services Manager and in 2009, became Flight Operations Manager. He refined the processes and procedures in terms of the regulations and implemented a full aircraft dispatch procedure, a first for General Aviation in South Africa. In addition, Gavin proactively got involved with supporting and growing ExecuJet?s FBO, Charter and Managed Aircraft business.

In 2014 Gavin was promoted to Flight Operations Director - Africa and shortly thereafter Director of Aviation for Africa.

In November 2017 Gavin was promoted to Vice President Africa.