ExecuJet Aviation Group is excellently placed to step up its growth in the Middle East in 2015, thanks to various investments and achievements in the past 12 months.

That is the message of Mark Hardman, Operations Director, ExecuJet Middle East, at the 2014 Middle East Business Aviation show (MEBA) in Dubai, where the group is exhibiting (Stand # 575).

“This year we had to respond to a number of operational challenges in Dubai, notably the temporary runway closure at Dubai International Airport, and the continued evolution of demand across the region, with customers requiring new and enhanced aviation solutions,” says Hardman. “The investments we have made in response have added significant capacity and capability to our operations, which means we are superbly placed to meet continued market growth in 2015.”

In May, ExecuJet opened an expanded fixed base operation (FBO) lounge at Al Maktoum International Airport at Dubai World Central, to cater for demand while general aviation (GA) traffic was redirected from Dubai International during the runway closure period. Although normal flight operations have since resumed in Dubai, this dual-site capability is a valuable resource for ExecuJet customers, especially since GA parking remains limited at Dubai International.

The group also developed additional flexibility in its maintenance operations during the runway closure, establishing a line maintenance base at Al Maktoum Airport to provide maintenance to a wide range of business aircraft types.

The outstanding service of ExecuJet’s Middle East maintenance organisation was recognised in October at the Bombardier Authorised Service Facility Excellence Awards, where the Dubai operation was named ‘International’ winner for the fourth consecutive year and ‘Overall’ winner for the second year in a row.

Hardman says: “The Middle East is a bright spot for business aviation and we have to keep in mind that customer expectations always move upwards and their needs change. For example, international destinations such as Mumbai, New Delhi, Kuala Lumpur, Bangkok and Shanghai are becoming increasingly common destinations, alongside traditionally popular locations such as London, Geneva, Paris, Nice and Istanbul. Therefore, while we are proud the ExecuJet name is synonymous with excellence, we know we can never be complacent in how we serve our customers.” 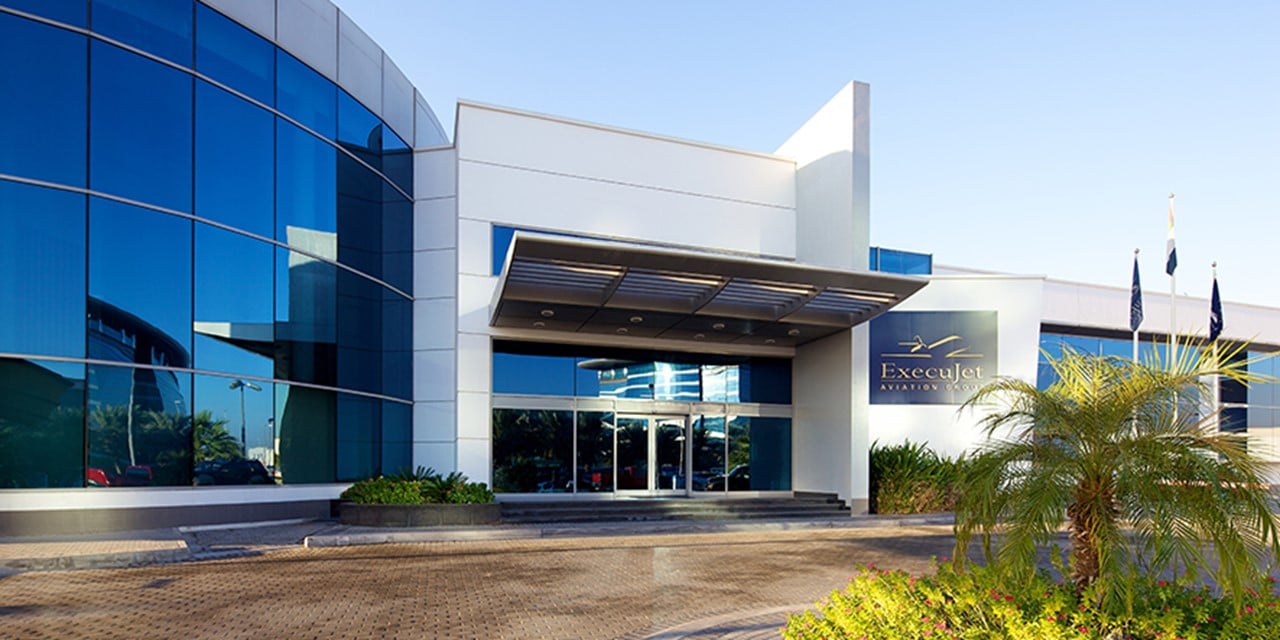